There are four main types of laser cutting machines

Laser cutting is a kind of contactless machining with good density controllability.The laser beam is focused to form a spot with quantitative density,which has many characteristics for cutting.Laser cutting mainly has four different cutting methods in order to deal with different situations.

In laser fusion cutting,the workpiece is partially melted and the melted material is ejected by airflow.Because the transfer of material occurs only in its liquid state,the process is called laser-fusion cutting.

The laser beam is coupled with a high purity inert cutting gas that causes the melted material to leave the slit without the gas itself participating in the cutting.Laser fusion cutting can be faster than gasification cutting.The energy required to vaporize is usually higher than that required to melt the material.In laser fusion cutting,the laser beam is only partially absorbed.Z large cutting speed increases with the increase of laser power and decreases almost inversely with the increase of plate thickness and melting temperature.In the case of laser power,the limiting factors are the air pressure at the slit and the thermal conductivity of the material.Laser fusion cutting for iron materials and titanium metal can be oxidization-free incision.The laser power density produced by melting but not gasifying is between 104W/cm2 and 105W/cm2 for steel materials.

To prevent condensation of the material on the slit wall,the thickness of the material should not exceed the diameter of the laser beam.The process is therefore only suitable for use in cases where elimination of melted material is avoided.This process is actually only used in very small areas of ferrous alloys.

The process cannot be used for materials such as wood and some ceramics that are not in a molten state and are therefore unlikely to allow the vapor to recondense.In addition,these materials are usually made with thicker incisions.In laser gasification cutting,Z optimal beam focusing depends on material thickness and beam quality.The laser power and gasification heat only affect the Z optimal focus position.In the case of plate thickness,Z high cutting speed is inversely proportional to the gasification temperature of the material.The laser power density required is greater than 108W/cm2 and depends on the material,cutting,and beam focus location.In the case of plate thickness and assuming sufficient laser power,the Z high cutting speed is limited by the gas jet velocity.

For brittle materials easily damaged by heat,high speed and controllable cutting by laser beam heating is called controlled fracture cutting.The main content of this cutting process is that laser beam heats the small area of brittle material,which causes large thermal gradient and severe mechanical deformation in the area,leading to the formation of cracks in the material.With an even heating gradient,the laser beam can direct the fracture in any direction needed.

Generally,inert gas is used for melting and cutting.If oxygen or other active gases are used instead,the material is ignited under the irradiation of laser beam,and the intense chemical reaction with oxygen produces another heat source,which further heats the material,which is called oxidized melting and cutting.

Because of this effect,the cutting rate of structural steel with the same thickness can be higher by this method than by melting.On the other hand,this method may have a lower notch quality than fusion cutting.It actually produces wider slits,greater roughness,increased heat affected areas,and poorer edge quality.Laser flame cutting is not good for processing models and sharp corners(there is a danger of burning off sharp corners).A pulsed laser can be used to limit the thermal effects,and the power of the laser determines the cutting speed.In the case of laser power,the limiting factors are the supply of oxygen and the thermal conductivity of the material. 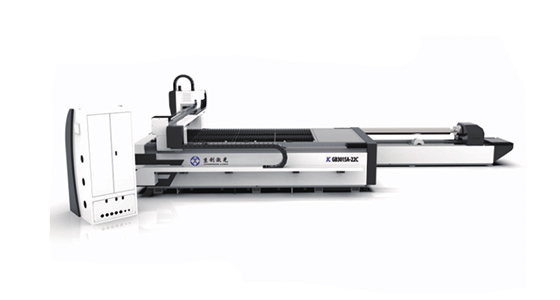 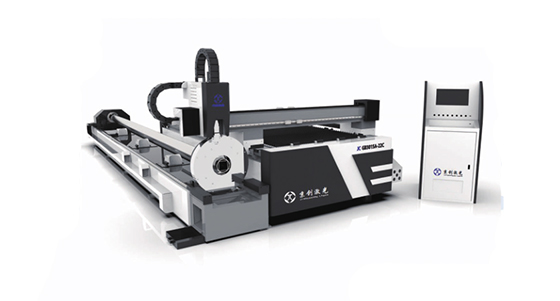 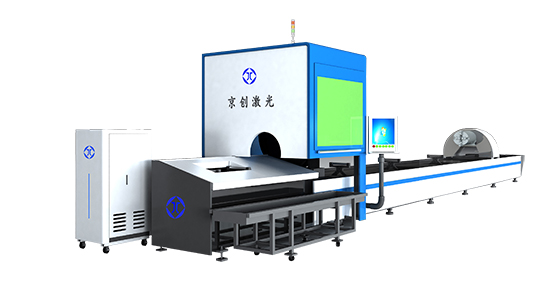 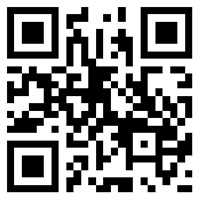 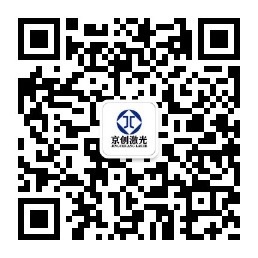